Ascot racecourse was closed in 2004 for massive re-development, which resulted in the 2005 Royal Ascot meeting being held at York, and the course is now a state of the art course, which is a far cry from its origins, when the first race meeting was held at Ascot in 1711. Ascot is famous for its Royal Ascot meeting where everyone dresses up, it is not clear when exactly the first royal meeting occurred although the first Ascot Gold Cup was held in 1807 so this could well have been the start. 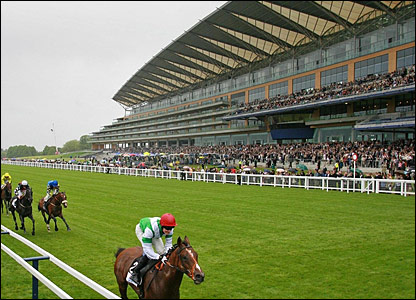 The Ascot course is a large galloping track of 14 furlongs circumference with a 2.5 Furlong run in. Races shorter than a mile are normally run on the straight course. Nowadays the ground in the straight drains quicker than the rest of the course so going descriptions can vary. The racing surface was re-laid during the redevelopment of 2005, together with the course configuration being altered slightly. Our analysis indicates that this re-configuration has meant that hold up horses have been heavily favoured.