Chelmsford City racecourse was originally opened in April 2008 under the name of Great Leighs, and in opening became the first new racecourse in the UK for over 80 years. Great Leighs was closed in January 2009 less than a year after opening. The course was re-opened in January 2015 as Chelmsford City racecourse. The actual track surface, and layout hasn't changed. It is an all weather course and also has the benefit of floodlights. 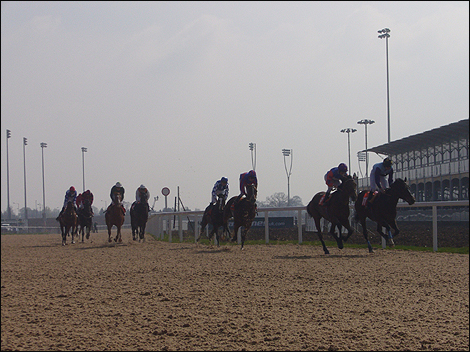 The Chelmsford City surface is polytrack, and unlike the other two polytrack courses (Kempton and Lingfield) it is a galloping track and most horses can act on it. There seems to have been a definite bias towards front runners. The draw bias stats include the time when the racecourse was called Great Leighs as the track configuration and surface have not altered.


There is a large bias favouring front runners and it is very hard to come from behind at Chelmsford.